Can forestry and agriculture combine to feed the world?

By 2050, over nine billion people are expected to populate the planet. Feeding this number is believed to be possible, but only if dramatic changes are made soon. Find out how sustainable forestry and sustainable agriculture can work together to help.

The world’s population is projected to reach 9.1 billion by 2050, meaning that the current level of food production must increase by 70% to adequately feed the planet by that time. The Food and Agriculture Organization (FAO) believe this can be achieved but a prerequisite is enhancing investment in sustainable agricultural production capacity.

While commercial and subsistence agriculture are responsible for most deforestation, the FAO has recognised the advantages of agroforestry as a sustainable way of improving the environment and lives.

Agroforestry must be economically viable

“The challenge has been integrating sustainable forestry and agriculture to be economically viable,” begins Dr Sara Burbi, an assistant professor at the Centre for Agroecology, Water and Resilience at Coventry University in the UK. However, she says that research has found that there are several combinations that make more sense than having two separate systems.

“Agroforestry, agroecology and the principles of having multifunctional landscapes provide a number of ecosystem services that include food production. The tricky bit is identifying what system makes sense and where. There are projects at European level that are addressing these issues and are also trying to see the economics of transition,” she explains.

One of those projects is AGROMIX, an EU-funded initiative led by Burbi that brings together researchers, farmers and policymakers to explore the transition towards sustainable agricultural value chains in Europe. It includes pilot projects and trial sites across Europe, including farms in Germany, Serbia and Poland.

“Forestry, together with agriculture, must work on synergies. For example, there are certain trees that are good for biomass production or timber, so it can be possible to integrate them into fields where you have grassland for livestock, crops or horticulture. It sounds simplistic, but you do need to follow certain criteria,” she emphasises.

From an economic point of view, there's no clear legislative support for a transition for farmers and those working in forestry. Further, she points out that forestry, agriculture and climate change are essentially treated as three separate policies when it comes to general legislation. 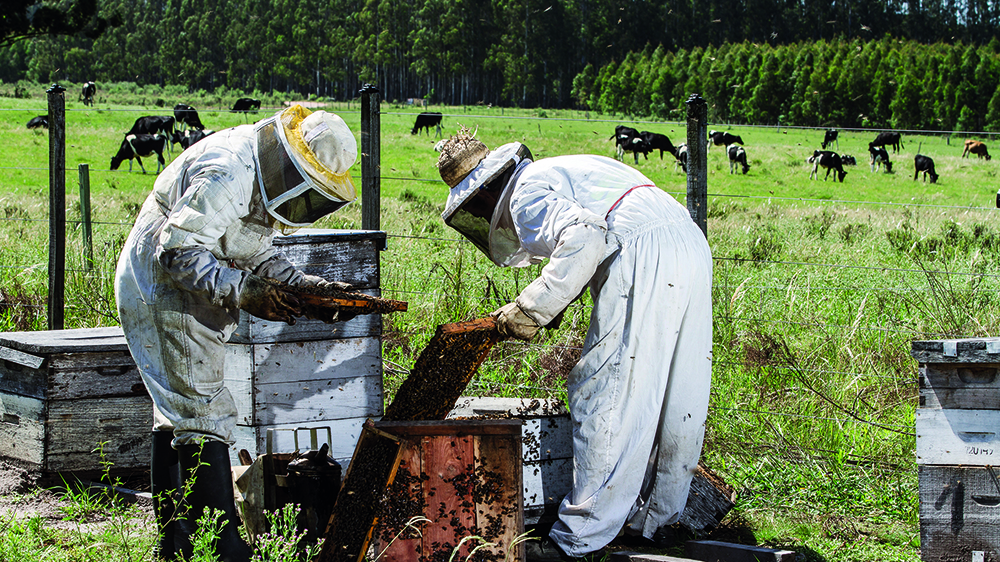 Complexity of a pizza

“Sustainable agriculture is about decreasing carbon dioxide production and environmental pollution, while trying to ensure fair prices for producers and consumers. It’s also about maintaining the social structure of our countryside, but everything has been completely bent out of shape,” says Dr Sean Beer, Senior Lecturer in Agriculture at Bournemouth University in the UK.

He adds that the European food system is far from sustainable with its fragile and delocalised supply chains: “If you lay out the ingredients of a pizza, you’ll see that they come from all over the world. Food supply chains are complicated, but the public doesn't want to engage with that complexity. They just want to eat a pizza. However, there must be more challenging of the individual.”

While the situation is a collective fault because we buy the supermarket products and elect the governments that make the regulations, Beer believes that things are slowly changing, but too much is still greenwash. For example, the UK has pledged to be net zero by 2050 but he paraphrases Greta Thunberg’s ‘blah blah blah’ speech when describing the British government’s promises.

“We should be working in a way where farming is carbon neutral. If you tell farmers to do something, they will adapt to the system and do it. After World War Two, farmers were told they would be paid to produce food because nobody wanted people starving to death in Europe. This led to the CAP and its huge surpluses of food,” he highlights.

While that approach wasn’t without problems, it does show what can be done to feed a continent. When it comes to the sustainability of agriculture, Beer lists three key dimensions: social, economic and environmental: “Defining those is a socio-political obstacle, so you end up with continuums ranging from intensive industrial agriculture down to almost a hunter-gatherer approach. The question is, where do we want to be and who is going to pay for it?”

Experts say food supply chains are complicated, but the public doesn't want to engage with that complexity. Photo: GND Photography

A lesson from Uruguay

The European context is dramatically different from Africa, Southeast Asia and even Latin America. In Uruguay, UPM has been involved in a partnership with local farmers for the past few years that has capitalised on the country’s sustainable agricultural approach and suitable climate, says Esa Laurinsilta, Director of Feedstock Operations, UPM Biofuels Growth Program.

“Uruguay grows mainly soy during the summer, but some areas during the winter season are underutilised. Through our contact with farmers via plantation operations, we introduced the possibility of including oil crops in the agricultural rotation. We started with a new species, Brassica carinata, which is in the same botanic family as rapeseed and is a sustainable raw material used in the production of biofuels,” details Laurinsilta.

The program is now looking to offer farmers different options for winter crops, he adds: “Our target is to produce sustainable raw material and increase the biomass in the agricultural system. One way to bring balance and add benefits to the ecosystem is to have other crops in rotation during the wintertime and contribute to the reduction of greenhouse gas emissions.”

Agriculture is an important part of Uruguayan society and the cultivation areas have increased dramatically over the past years inducing severe soil erosion. It led to the implementation of a national law introducing a “soil management plan” requiring year-round green cover and reducing drastically the tilling practice for land preparation.

Laurinsilta concludes by saying that Finland and other European societies can learn from different areas and countries: “Collaborations and raising awareness of soil health and sustainable practices, or what we call climate-positive or carbon farming, are an important part of the overall development of agriculture.”