This is how we fix climate change

From simulations and electrification to bio-products and behavioural change, we look at five impactful climate solutions that could change the planet in the near future.

Strength in unity. There are not many topics that unite the world, but since 2015 almost every nation on the planet (196 countries and the EU) have backed the Paris Agreement to limit global warming to between 1.5C and 2C by 2050. As heads of state, climate experts and industry leaders descend on Glasgow for COP26, now is the time to harness the combined power of the collective and agree concrete steps for achieving that goal. These five feasible and effective climate solutions should give us reason to hope.

“Carbon taxes...and similar arrangements to increase the price of carbon are the single most powerful and efficient tool to reduce domestic fossil fuel CO2 emissions,” according to a 2019 International Monetary Fund report. In a world where money talks, it’s not hard to see the logic. From incentivising energy producers to go ‘green’ by directly taxing emissions to encouraging more industries and households to switch energy supply by making renewables comparatively cheaper, placing a tax on every ton of greenhouse gas emission is simple and effective.

What’s more, the tax would generate significant revenues, which can be used to further address environmental and eco-social issues. For example, the US Congressional Budget Office (CBO) estimated that a USD25 per metric ton tax on CO2 emissions would not only reduce emissions by 11% by 2028, but also raise USD1 trillion. 40 national governments have so far adopted some form of fiscal measure – Sweden's carbon tax has cut emissions by over a quarter in the past 27 years, for instance, and it’s time that others followed suit. 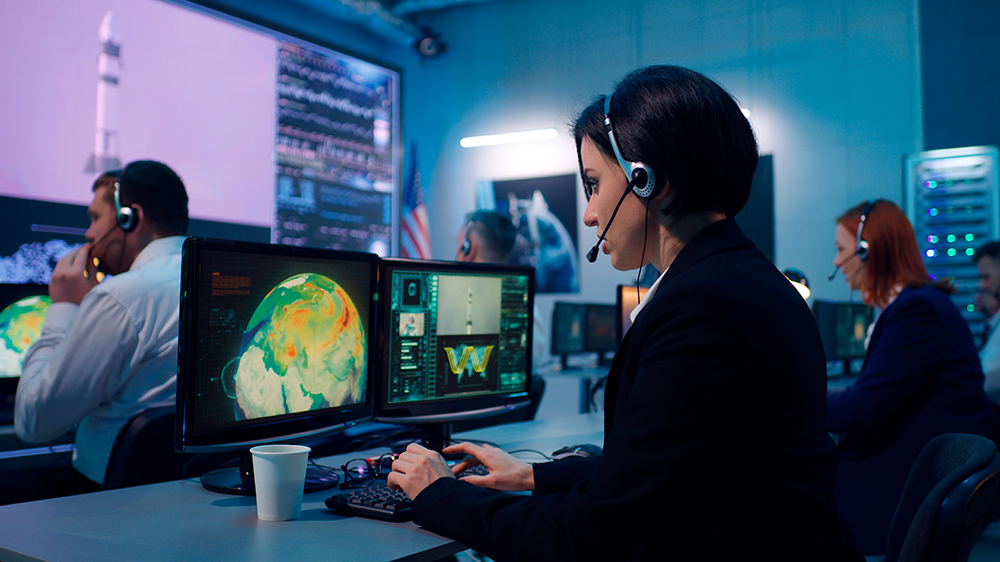 All hail the computer age. Just as pilots use simulators to perfect their flying techniques and train for emergency procedures, so can climate scientists road-test and perfect climate-fixing solutions. Thanks to tech advancements, scientists can use computer simulations of the planet’s complex climate system – from shifting weather patterns to the changing ocean currents – to run different scenarios in global, regional or localised contexts to see what works best and how to improve them.

For example, as part of the Destination Earth initiative launched earlier this year by the European Commission, a ‘digital twin’ of the Earth will be created. The plan is to monitor climate developments, perform high-precision simulations, improve our predictive capacities and ultimately support policy making and implementation for mitigating climate change, such as strategic planning of solar farms and food management. 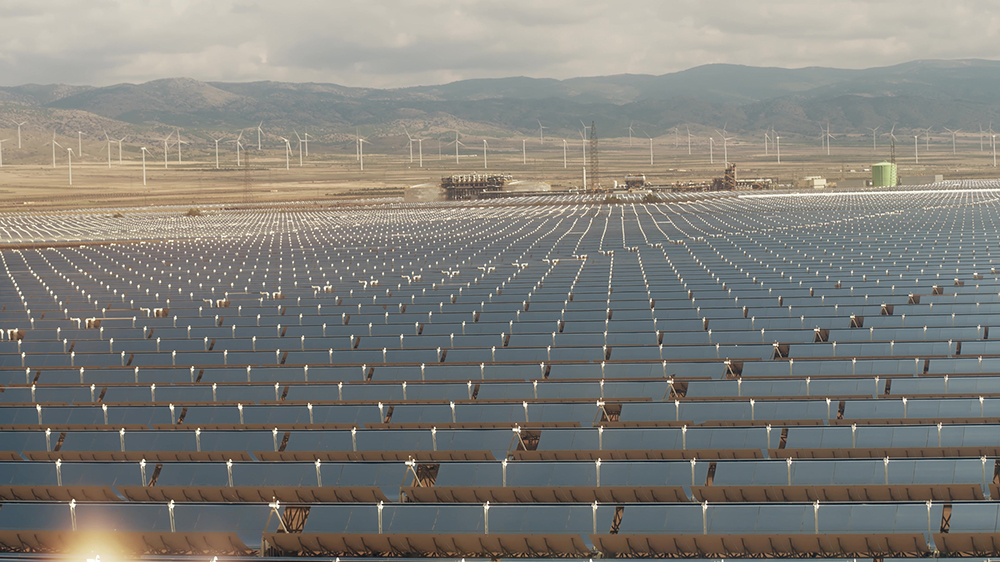 Once deemed ‘dirty’ energy derived from fossil fuels, electrification now holds the key to the sustainable decarbonisation of the energy system. As the world develops and populations increase, energy demands will rise and therefore an affordable, efficient and zero-carbon energy supply is vital for our daily lives.

Sourced from renewables, electricity will be needed to take on an increasing role in worldwide transport, heating, cooling, industry and building construction. Grids will need to be reinforced, extended and adapted to new loads and capacity, but not only is this possible, but predicted, with renewable electricity generation expected to grow from 25% to 85% of total electricity production by 2050. 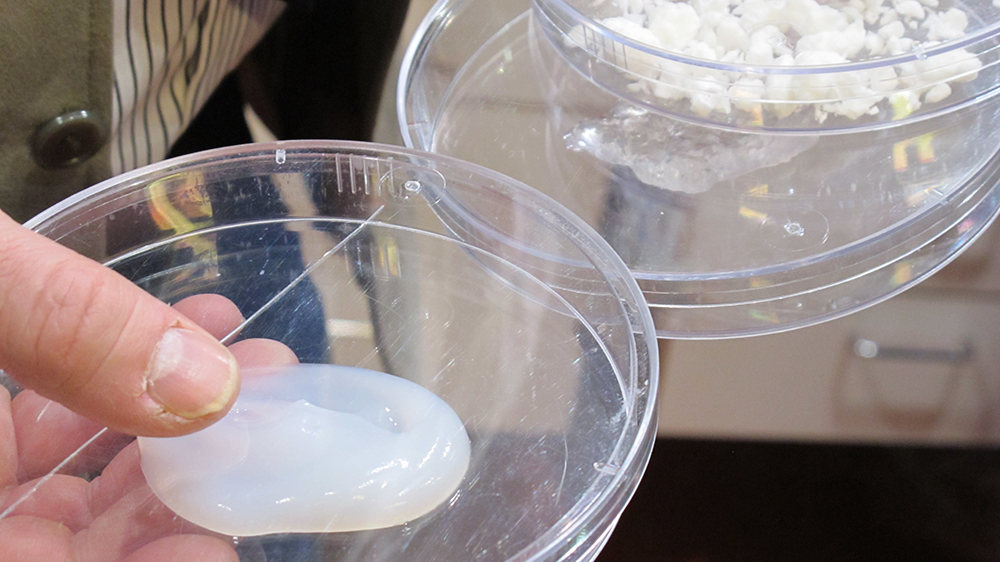 Nanocellulose is a tree-based sustainable material with a range of uses. Photo: UPM

Mushroom-made packaging. Banana-based sanitary pads. Algae-infused shoes to figuratively and literally impact your carbon footprint. As we move towards more sustainable production, the world of bio-products is entering the mainstream. Instead of dumping 10 million tonnes of plastic into the oceans each year, we could be creating bio-plastics with similar useful properties but made from natural materials like shells, pineapple leaves and agricultural waste. Take lignin, for example. A natural substance found in all plants, lignin is like nature’s glue and makes an ideal fossil-fuel derived alternative for adhesives and resins. It also happens to be a by-product of pulp production.

Yet, bio-composites are not merely plastic substitutes; they’re new desirable materials, too. Materials that have never previously existed, such as combining wood cellulose with spider silk to create a new substance with the toughness of wood and the elasticity of spider silk. Plastics fundamentally changed the 20th century; bio-plastics can fundamentally change the 21st. 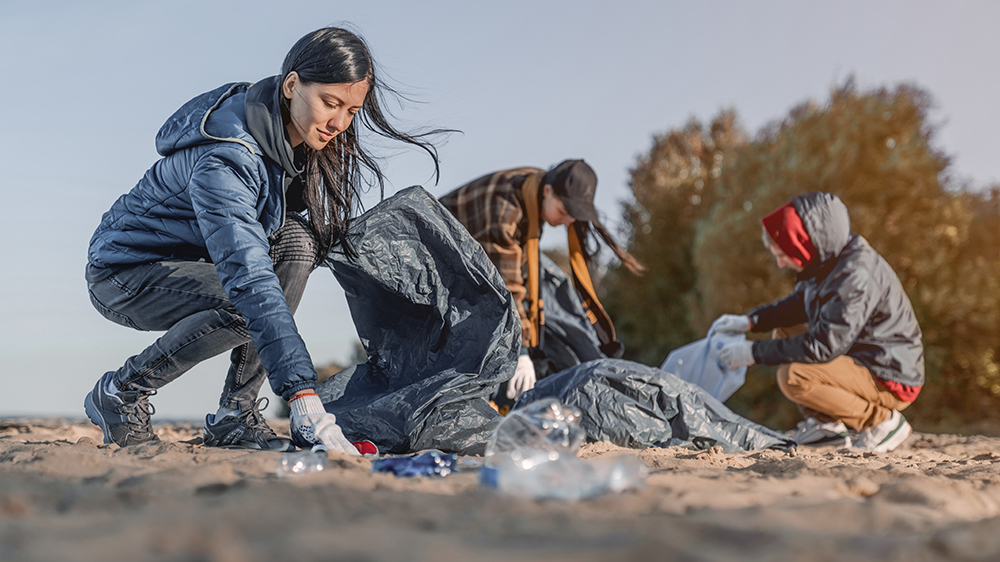 We all want to be more sustainable, but often our actions don’t match our intentions. If only we could be nudged in the right direction. Well, that’s exactly what behavioural scientists are trying to do.

Behavioural science is currently a hot topic in climate conversations as an effective method to bridge the intention-action gap by making sustainability the default option. Whether it’s turning the lights off in urban households or cutting pollution in developing countries, behavioural science-inspired programmes can be applied in specific contexts for a particular impact. For instance, the UN has been devising behavioural science projects to achieve its 17 Sustainable Development Goals (SDGs) since 2016, such as creating a recycling app in Ecuador that connects citizens to local waste pickers. The result? A 700% increase in the amount of material delivered to waste pickers. With governments and private companies able to use behavioural science to positively impact the environment, the potential for transformative change is huge.

COP26 has further highlighted the need for meaningful climate action, but just think: that’s only five solutions out of many, with even more to come. Humanity may have got itself into the current mess, but if we work together to devise and implement evidenced-based solutions, it’s also more than capable of getting itself out.