The control room team keeps the lights on

In Tampere, a small team adjusts hydropower production and lake water levels and trades in electricity day and night. The work requires steady nerves and accuracy, as situations change all the time.

In UPM Energy business area, one of nerve centres of electricity production is the control room in Tampere where a team of six monitors UPM's eight hydropower plants as well as ten other plants. One team member is always on duty.

Both Teemu Kerttula and Miika Tuovinen think that one of the best things in three-shift work is its versatility.

"The electricity market is in constant flux and water situation changes all the time in waterways, so we need to keep an eye on many things at the same time. Sometimes it is really busy, there's plenty to do even during the slowest night shifts," says Tuovinen.

The job is characterized by mainly working alone, constantly changing situations, and close contacts with the hydropower plants and factories. People who can withstand pressure, multitask, and express themselves clearly do best in the control room.

They also need to be exact. Making the wrong decision in the control room can lead to losses in the electricity market, broken equipment, or even injuries."If, for example, there is a maintenance dive going on at a power plant, raisin a generator's power could even endanger the diver's life," team leader Kerttula underlines.

Lights on, floods in check

In practice, work in the control room would not look very exciting to an outsider – a team member and a lot of blinking displays.

The team follows the electricity market, hydropower plants and permit conditions as well as production and consumption forecasts. Situations that change all the time require quick responses and decision making that can have a big impact.

Hydropower plants are an excellent way of increasing electricity production quickly, if it is necessary, for example, because of a major disruption.

Looking at the big picture, we try to do our bit to keep the lights on everywhere in Finland.

By adjusting hydropower plants, it is also possible to ward off spring floods. By draining water well before the floods start, room is made for melt waters in lakes and reservoirs. The control room team makes sure that the hydropower plants comply with the environmental permits for each water system.

Another big part of the job is intraday trading in the electricity market, making it possible to keep power production and consumption in balance close to the hour of delivery.

Varied workdays and responsibility – good team spirit and the possibility to get further training help in coping with sometimes rather hectic shifts.

"Here, investments are made into developing the personnel and we are encouraged to do so. That's important to us in the control room, as the added value we create depends on our knowhow. We need to maintain our expertise continuously," says Tuovinen. 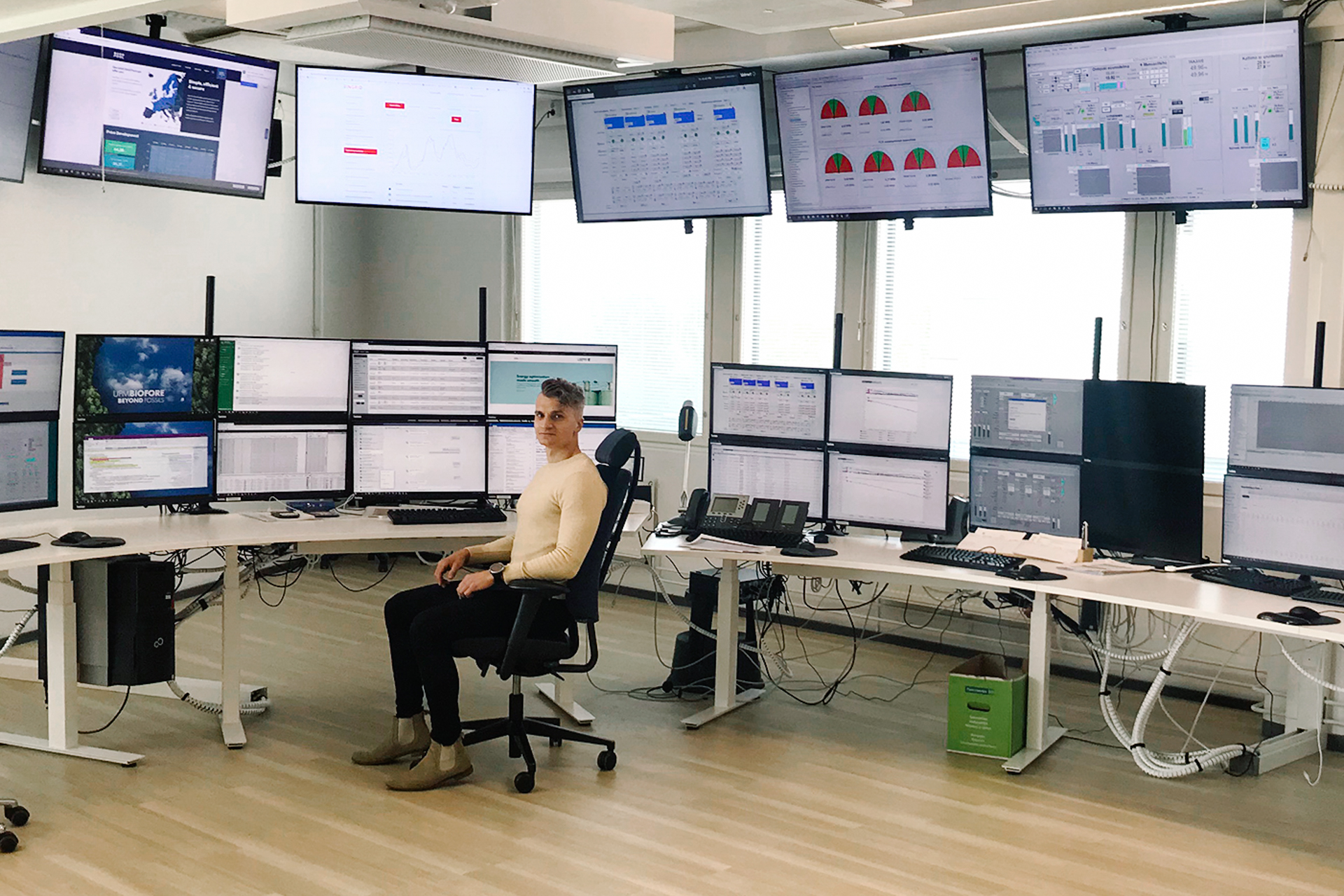 The electricity market as such is evolving. New elements and features are introduced and adapting them requires training and thorough consideration.

During the pandemic, keeping up the team spirit has been harder, but luckily the team members know each other well.

A job well done is a gesture of goodwill to other team members. Taking care of business during your shift as well as possible, so that the next shift won't have any messes to sort out. Team members also help each other to do their job well.

"People are different and can arrive at the same end-result through different routes. Trust in team members and their skills is the best way to keep up the team spirit."