Celebrating the 150th anniversary of the Finnish forest industry

It was on the banks of the Kymi River in 1872 that the Finnish forest industry, the growth of local prosperity and business life, and the story of UPM corporation began. At that time, the Verla and Inkeroinen groundwood mills, the Kymi and Kuusankoski paper mills and the Kotka sawmill were founded in south eastern Finland.

In 1872, a paper mill was also founded in Valkeakoski, where Walkiakoski Aktiebolaget started production in 1873, and in Pori, by the Kokemäenjoki River, the Seikku sawmill was established in 1872.

The operations of the Kymi mills began when, in February 1872, Kymmene Aktiebolag was established under the leadership of Axel Wilhelm Wahren, one of the most modern industrial entrepreneurs of his time. At the same time a decision to build a groundwood mill and paper mill was made. In January of the same year, Count Carl Robert Mannerheim together with more than 30 other shareholders, founded Kuusankoski Aktiebolag. More than twenty years later, Tampereen Kattohuopatehdas Oy, under the leadership of Rudolf Elving, built a groundwood mill and paper mill along the Kymi River in Voikkaa.

In 1904, Kymmene, Kuusankoski and Voikkaa merged to form Kymi Corporation. The company's expansion outside Kuusankoski began in the 1910s and its internationalisation twenty years later. Operations started at the current mill site in 1964.

Walkiakoski Aktiebolag operated in Valkeakoski from 1873 to 1934. The company later became part of United Paper Mills. The company's operations began when an office worker Carl Johan Helin, a pharmacist Edvard Julius Granberg and a merchant Carl Oskar Willgren established a groundwood mill and a paper mill with two paper machines in Valkeakoski. The mill was initially operated under the name E. J. Granberg & Co but was soon renamed Walkiakoski Aktiebolag. The groundwood mill and the paper mill started in 1873.

UPM is celebrating 150 years of the Finnish forest industry together with other forest industry companies and by organising its own events. The anniversary celebrations include experiential museum exhibitions, cultural events, seminars, digital modelling, artistic interpretations and joint forest gatherings. For more information, please visit kymenlaaksonihme.fi.

The Verla Mill Museum, owned by UPM, is celebrating several milestones this year:

Verla will host the Verla Day open to the public on 14 May 2022, during which the "50 Years of the Verla Mill Museum", history written by Eero Niinikoski and Ville Majuri will be published. The Verla 150 years exhibition will also be opened at the Verla museum site. Verla will also organise film nights, where the public will have the opportunity to see archived footage from the history of the forest industry in the region. 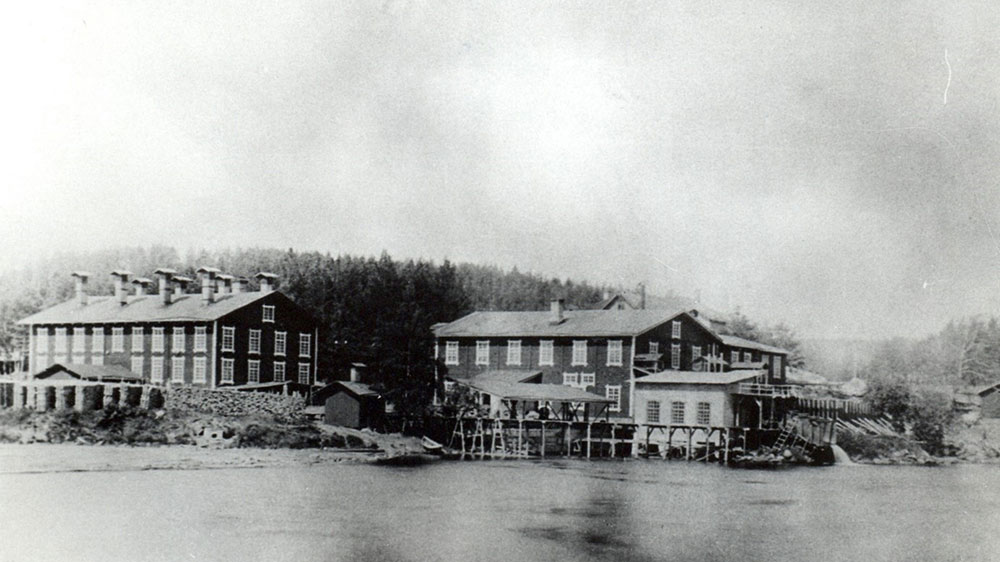 Verla's groundwood and board mill, built from timber in 1882. The board mill on the right, and drying facilities which burnt down in 1892 on the left.

UPM Kymi mill will publish a 150th anniversary book, written by Antti Rinkinen. The book will be distributed to employees to mark the anniversary, and also to local libraries. Events for employees and external stakeholders are also planned.

The slogan conveys the message of UPM Kymi on "150 years in the current of development". 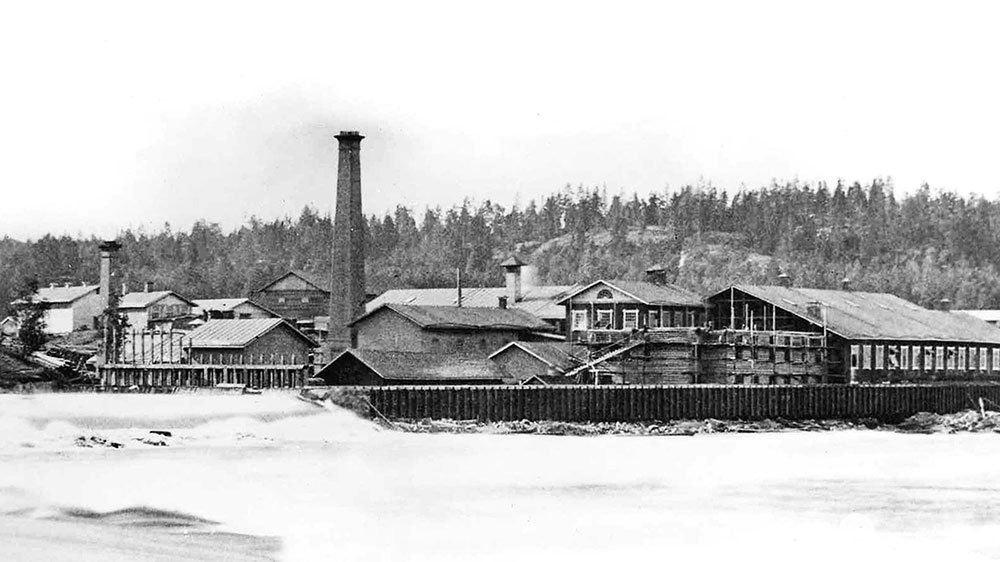 The Kymi mill in the late 1870s. The woodshed next to the water channel is currently being extended. The light-roofed building behind is the paper mill.

UPM Tervasaari paper mill in Valkeakoski will publish a series of articles on the mill's 150-year history, written by Ari Sirén who manages the UPM central archive located in Tervasaari. The series will be published on UPM's internal and external channels. The central archive will also host an exhibition about the mill and the community grown around it. The exhibition will be opened in the spring. Various events for employees and other stakeholders will also be organised during the year.

Myllysaari mill in the 1880s. This is where papermaking in Valkeakoski began.

UPM Seikku will publish a mini-history and a short video about the 150-year history of the sawmill. The history will be published on UPM Timber's website and will be distributed in print to employees and invited guests at a celebration event in June.

A logo has been designed to mark the anniversary. 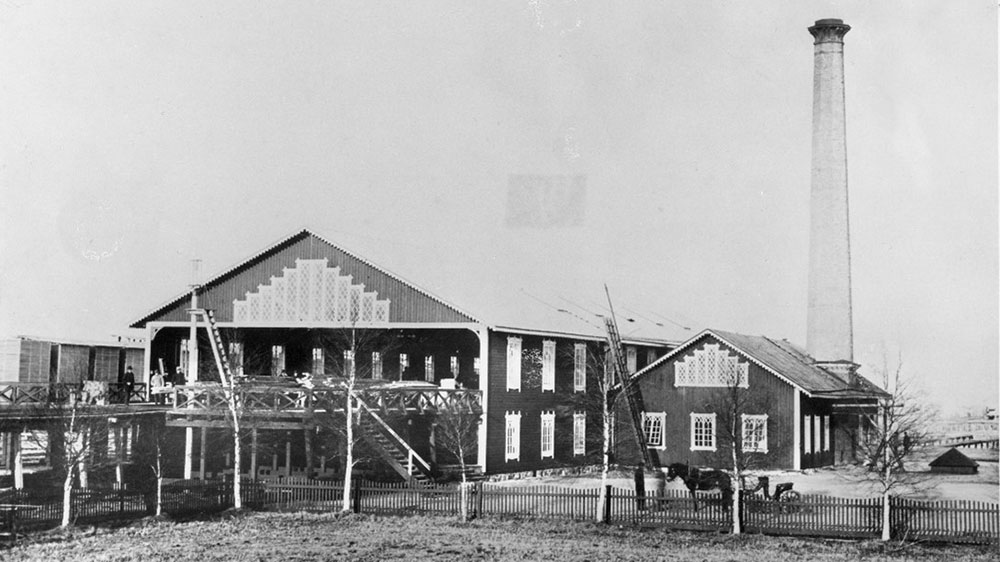 The Shifting to Wood exhibition at the Maritime Centre Vellamo

From May 2022 to January 2026, the Maritime Centre Vellamo in Kotka will offer a journey back in time to the early days of the forest industry and also a glimpse into the future. The exhibition will feature a wide range of the latest innovations, including UPM’s biomedical products and biofuels.

In June, the Kymenlaakso Chamber of Commerce will organise a seminar on 150 years of forest industry in Kymenlaakso. The theme of the seminar, held in Kuusankoski, s Future - Technology - Sustainability. UPM's President and CEO Jussi Pesonen has been invited to speak at the seminar. The programme of the seminar will be announced later.