A good team relies on equality and trust

Mikko Sundström, Petri Tynskä, and Tatu Kuismanen work at the Tervasaari specialty paper mill's power plant and agree between the team on how to divide their work. This way work is always varied and production efficient.

At the Tervasaari paper mill, a part of UPM Specialty Papers business area, the power plant's production is the responsibility of five teams, each with three employees. Rigid areas of responsibility and narrowly defined job descriptions are now a thing of the past as teamwork has developed beyond them over the years.

”In our team, we change work assignments every four hours so that each of us is in the control room, in the field, or hauling fuel. We are self-guided, our job is varied, and you don't have time to get bored during the day," says Mikko Sundström.

The eight-hour shift is divided into two tasks. Four hours are spent in the control room, with an eye on the monitors showing the status of power plant processes; then you get to stretch your legs and do a sensory assessment in the field. Fuel is moved with a loading shovel, so after a heavy shift behind the wheel, lighter control room work is more than welcome.

Sundström's colleagues Petri Tynskä and Tatu Kuismanen are both from Valkeakoski, not far from the mill. Both are in their forties have now worked together for over ten years. The 23-year-old Kuismanen joined the team at the turn of the year.

"We are a very like-minded bunch. We have good chemistry," says Petri Tynskä.

Sundström and Tynskä think it is important to pass on their knowhow. When you teach someone new how to do a routine task, you get to run through it yourself and also have the opportunity to consider how it should be done.

"From the very beginning, I've been welcomed to the team and had the chance to learn more. The others have more experience, but we do all jobs equally, "says Tatu Kuismanen.

Versatile duties make working more enjoyable and being self-guided increases the team's commitment to their jobs. The team's manager plant engineer Henri Ärling sets the goals and follows how they are met, but otherwise he has very little say in the day-to-day work of the teams.

Which factors attract young employees to UPM in Finland? 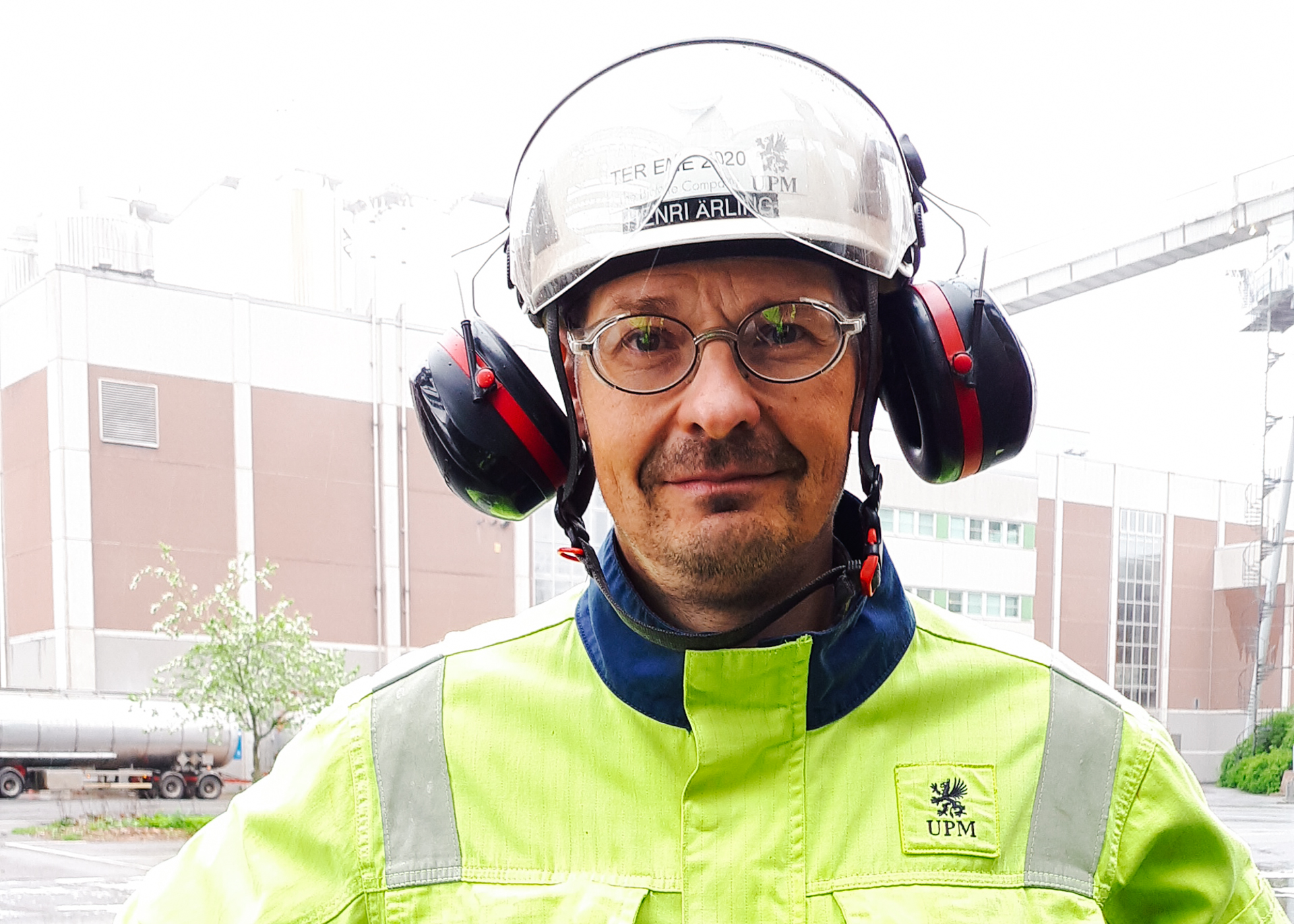 The power plant produces heat and electricity for the two specialty paper machines at Tervasaari. Heat is also sold to the district heating network and as steam to households and industry in Valkeakoski.

”We make sure that everything works as it should. It is utmost importance to do the work safely and as cost efficiently as possible," says Sundström.

The ultimate test for the team is when a disruption takes place, breaking routine and requiring quick action. For example, if the fuel supply breaks, you may need to limit the use of steam. The ones in the field and hauling fuel establish the reason for the break. If it is not possible to eliminate the disruption fast enough, the control room supervisor may have to take drastic action, like cut the use of steam in the paper machines.

”Since we know each other, we can trust one another. We don't need to guess what the next guy is going to do now," Sundström describes the situation.

The five production teams at the Tervasaari power plant do not compete with each other but work hand in glove towards a common goal. This can be seen in their striving to let the next shift start their work with a clear desk.

”All the tasks that were meant to be done during the shift are done. The next team will then have a soft landing to the start of their shift," says Sundström.